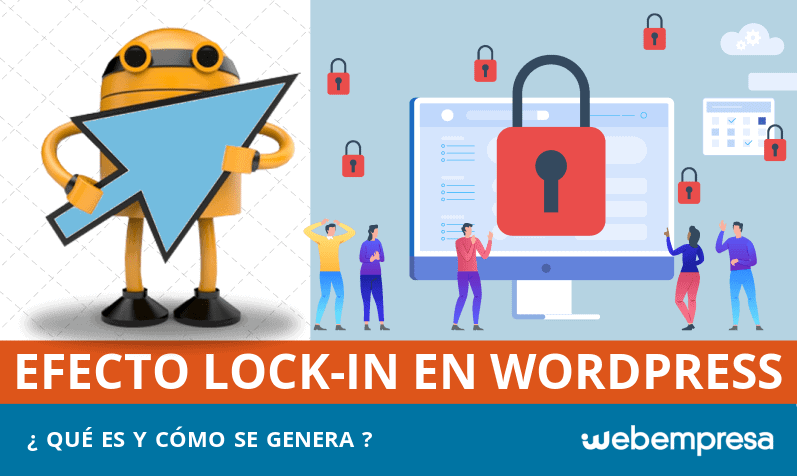 Have you ever used a theme that, when you turned off because you wanted to change the design of your website, missed part of the content that had entered ?

If you do this, welcome to the effect Lock-in , your issue is forcing you to continue using it if you want to re-enter some of your content again.

is unintuitive think that if you want to change the design have to lose content, yes, is a bit extreme example, but it serves to understand the consequences that may have the effect Lock-in WordPress. Let’s see them below!

What is then the effect Lock-in WordPress?

The effect Lock-in (translated as retention effect), can be understood as the problem users have when they are forced to continue using a theme or plugin, and try to change them if they lose their content.

Examples of Lock-in effect would be the ones listed below:

In the next picture we see that we have a visual layout designer to build content. This maquetador uses its own shortcodes and replaces the native WordPress editor.

If we disable the maquetador you may lose part of the content and design:

as shown in the following image, after deactivating visual editor will see a series of shortcodes and attributes, but only part of the content. The rest of the content will be lost: 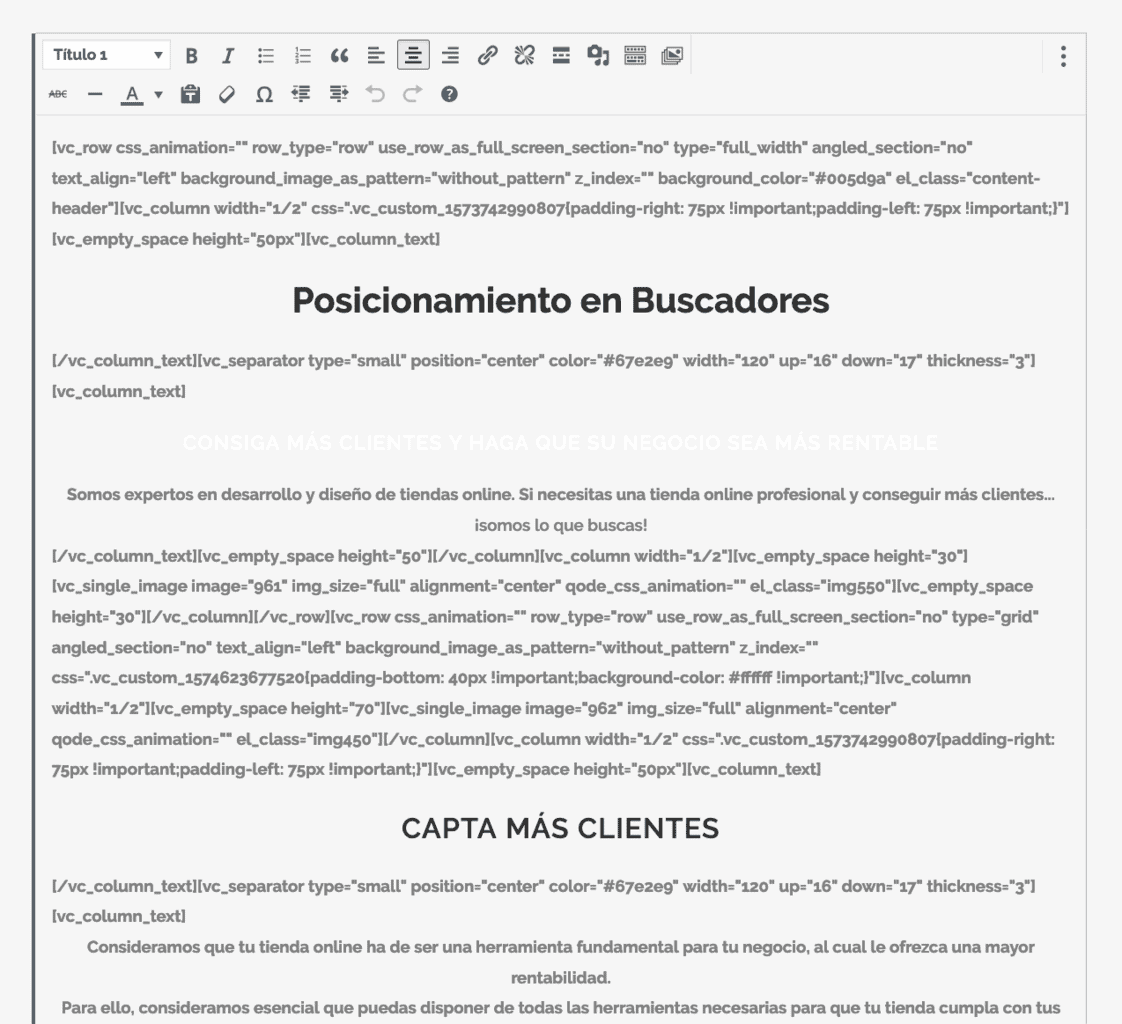 in the next picture we see that after activating a theme, created us as part of its functionality two items menu or Custom Post Type: one portfolio and testimonials: 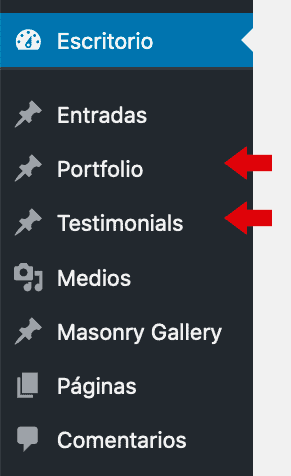 If we enter these items lose content that content If we decide to change the subject, because the menu items created by the subject will be gone, as shown in the following image:

How to know if a plugin or theme generates Lock-in effect on WordPress?

If you do this and still see all content, even bad maqueado, you can see on the front-end of your site, then it has no effect Lock-in; however if you see a number of shortcodes or the content it does not appear at all, then if Lock-in WordPress effect is generated:

In the next picture we see that after disabling the plugin has left us only one shortcode. If we decide to change this plugin have to enter the content again in the new plugin.

Gutenberg is the new default editor that comes from the 5.x versions of WordPress, if for some reason do not want to use this editor have the option to continue using the classic editor:

If you disable Gutenberg see that your content is not lost; This is because Gutenberg uses HTML comments to identify their blocks at the code level, as shown in the following image:

The content remains intact and you HTML comments defining and specifying the attributes of each block, but these comments will not run or will take effect in the browser but have active Gutenberg.

Therefore, we can say that Gutenberg with blocks default of no effect Lock-in, because if we see this content in the front-end of the site will be displayed similarly to the following image: 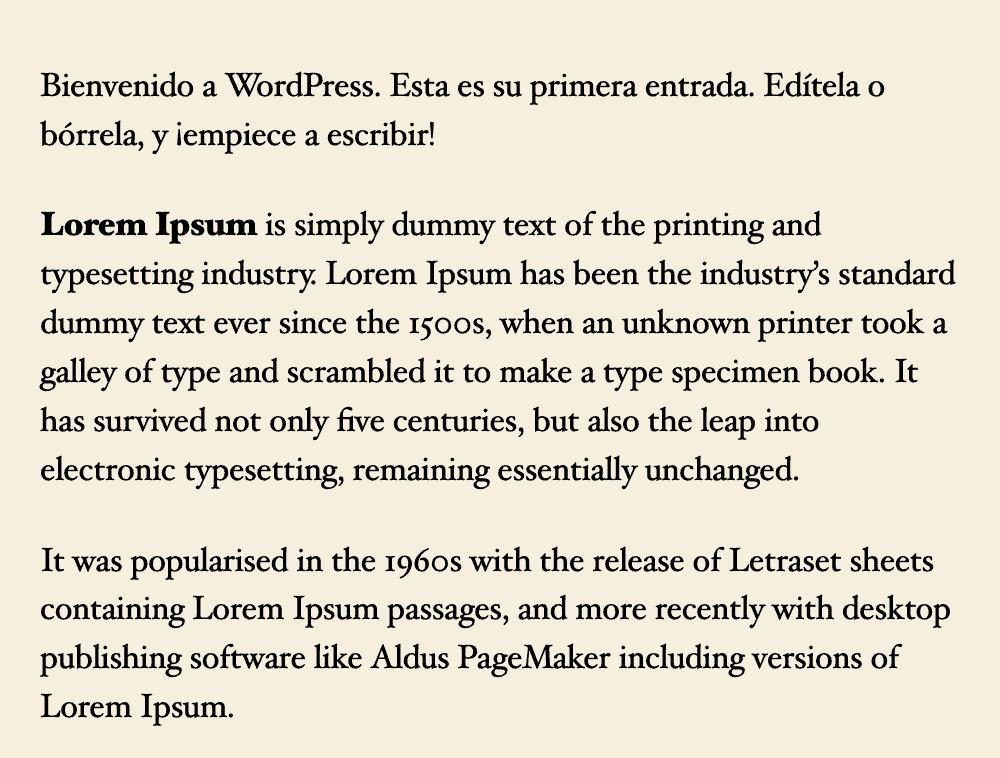 must say that there are plugins that create blocks in Gutenberg.

If you are using any of these blocks generated by external plugins also recommend you try to temporarily disable the plugin and see if even your content is displayed in the front-end of your site.

Can I avoid the effect Lock-in WordPress?

is currently very difficult for you to avoid this effect since many of the themes, especially the payment will always have a degree of functionality included or in the case of plugins, some shortcode included.

If however can reduce the impact of the effect Lock-in on your WordPress website.

How can I reduce the impact of the effect Lock-in WordPress?

Consider the following points to reduce the impact of the effect Lock-in WordPress plugins to both issues.

reduce the effect Lock-in on issues

The main idea is to find that the only issue is responsible for the design and functionality avoid having included; If you want your certain site functionality is better to have a separate plugin and not part of the subject. Some trade issues

understand this and are slowly taking its functionality and creating plugins that complement the theme, this is the best because if you decide to change design, change the subject, yet will preserve separate functionality in a separate plugin.

The main idea plugins is assessing whether the less have the option to export / import data, for example in the case of WooCommerce is a plugin store but you can export the content.

the same for a SEO plugin like Yoast SEO, at the least that way you will not have to recopy and paste the content into a new plugin from scratch.

If the plugin does not export option, for example some visual content typesetters or some plugins that create forms, at the least avoid using them for everything.

not use a visual maqueador all your tickets, it is best to use timely information on specific pages like the home page, contact, etc.

This way if you decide to change maquetador less will not have much problem creating again because you’ve used only in specific content pages. Conclusion

In conclusion, we see that we can not get the effect Lock-in WordPress since most of plugins and themes generated in a pleasing this effect.

But yes we can reduce its impact, avoiding the use of themes functionality included and using plugins that have options for importing / exporting or using them in specific places on our site that do not involve much change in the future if you decide to change plugin.